The Mexican diaspora in Germany

During the last third of the 19th century and the first part of the next century, 13 million Europeans crossed the Atlantic searching for a better life south of the Rio Grande. After the end of World War II, some 2 million people left the "Old Continent" hoping that Lady Luck would be on their side again when they reach Latin American shores. But over the last five decades, the flow of immigrants has reversed. 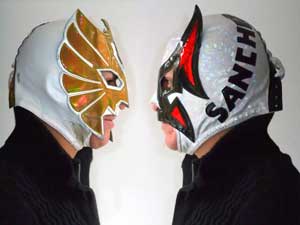 It is reckoned that there are at least 2 million Latin American immigrants living in Western Europe, not including those who own an EU passport when they arrive, or those who have obtained the nationality of their host country. That number does, however, include an approximate number of people living without a legal migratory status. Today, 30,000 people from Latin America and the Caribbean are living in Germany. One third of this Latin American diaspora are of Mexican nationality.

A continual coming and going of talents

Daniel Tamayo, cultural attaché of the Mexican embassy in Berlin, explains that since 1977 a number of bilateral agreements (such as technical/academic cooperations, signed by diverse universities and institutes) have led to a continual coming and going of talents. Furthermore, a number of companies have convinced many Mexicans to pack their bags and go to Germany.

“900 Mexicans live in Berlin and 480 in Wolfsburg, where the headquarters of Volkswagen are located. However, considering the Mexican population in proportion to the total number of inhabitants in those cities, Wolfsburg is the German city with the largest Mexican community,” Tamayo says.

“Most Mexicans in Wolfsburg are permanent and temporary workers of Volkswagen, or they are married to Germans who worked for the company in Mexico,” adds Tamayo. Both the automotive corporation and the Bosch Group also have branches in Mexico.

Necessary rather than welcome?

Tamayo rejects the reports which reproach Germany for its incapacity to attract those qualified professionals from abroad that Germany needs. “Mexicans feel encouraged to come to Germany, and I think that the new Latin America policy, as formulated by Foreign Minister Guido Westerwelle, will consolidate this tendency,” he stresses.

“In the framework of the 2010 program ‘InWEnt’, most grant holders in the renewable energy sector are Mexicans. In November, we launched the Frida Kahlo grants series, aiming to send five German female artists to Mexico and to bring five Mexican female artists to Germany for a year,” explains Tamayo. In the embassy, the current density of the migratory flux from Mexico to Germany is met with more optimism than concern.

Keeping in touch with the diaspora

Is Mexico worried about a brain drain? “No. This exchange is a training opportunity for our professionals,” Tamayo says. In any case, the Mexican Foreign Ministry has created the "Network of Talents Abroad" to ensure that the government can stay in touch with the intelligentsia abroad. Tamayo has witnessed the growth of the network: “In 2009, we opened the Germany chapter with 35 people. Now we almost have 100 in the network.”